Rava Idli or Suji Ki Idli is a soft, fluffy, and instant traditional South Indian savory breakfast dish. This Rava idli is usually prepared with a fresh batter made of Rava, yogurt, and a leavening agent. Also called sooji idli does not require grinding and fermentation processes like the traditional rice and urad dal idli which makes this dish so simple, and instant. And it takes only just 30 minutes to make this quick and tasty meal. This Rava idli is easy to make in the pot, instant pot, steamer, or electric cooker and is usually served for breakfast and dinner.

What is Rava Idli?

Rava idli is a tasty and quick breakfast dish that has its origin in Karnataka, a South Indian state. Rava is nothing but Semolina in English and it is called Sooji or Suji in Hindi(also called Suji Ki Idli in that language). This dish is usually prepared with Rava that is roasted with spices and then mixed with yogurt and leavening agent. It is then steamed in an idli mold which delivers a soft and fluffy cake called Idli.

Mavalli Tiffin Room(MTR) a popular restaurant from the state of Karnataka introduced this Rava Idli during the period of the second world war. Due to a shortage of rice, it was not easy for them to serve the traditional idli which requires rice. Hence they replaced Rava instead of rice and made these instant Rava idlis. And served to the people along with potato sagu in their tiffin center which then became popular across India.

This Rava idli recipe is prepared in under 30 minutes, since the process does not involve soaking, grinding, and fermentation processes like the rice and urad dal idli. It is not only quick to make but also gluten-free and easy to digest which makes this dish healthy like the Semiya Upma. The yogurt used in the recipe is a good source of Probiotics and it aids in easy digestion. Hence it is also a perfect wholesome meal for weight loss.

How to make Rava Idli Batter?

Are you craving idli and no patience and time for making the traditional idli? Then this Rava idli recipe is a keeper. And here is the process on how to make a perfect yet instant Rava idli batter. To make this batter all you need is Rava, a few spices, yogurt, and soda. Initially, in medium heat sizzle the Indian spices like mustard seeds, urad dal, cumin seeds, curry leaves, green chili, and ginger. Saute the onion and carrots for 2 to 3 minutes. Then roast the Rava along with those spices until it turns aromatic and remove it from heat.

Allow the Rava mixture to cool down completely to room temperature. Now at this stage add the ¾ cup of curd/yogurt and mix well without any lumps. Close the batter vessel with the lid and allow the mixture to rest for 5 to 7 minutes. After that open the lid and add soda or Eno salt and ½ cup of water and mix well to a thick batter consistency. This batter consistency helps the idli to hold the shape while steaming. That's it! Altogether it takes only 15 minutes to make this Rava idli batter and the rest 10 minutes for steaming.

How to make Rava Idli?

The recipe I have shared here is a simple and basic Rava/Suji idli. It is healthy, tasty and makes 10 medium size idlis. As I mentioned above, initially I prepared the Rava idli batter, and in an oil greased idli mold poured a ladle full of batter in each mold.

Note that I made sure to pour the batter immediately once mixing it with soda which helps in achieving soft and fluffy idlis. Then in a pot with boiling water, I placed the idli mold and steamed the idli for 10 minutes.

After that, I removed the Idli mold from the heat and allowed it to rest for 5 minutes. Then I removed the idlis with a spoon and served it hot with tomato chutney.

The recipe shared here is made in the traditional pot method. But you could also make this Rava idli in Instant pot. To do that, the Rava idli batter process remains the same and to steam, set the instant pot in Sauté mode and bring the water to boil. Then place the idli mold and secure the lid. Now steam the idlis in steam mode for 10 minutes. And then remove the Rava Idlis from the instant pot and allow it to rest for five minutes.

The Rava Idli can also be prepared in an electric rice cooker similar to the Instant pot Version. For that, follow the same process of Rava idli batter and place the Idli mold inside the electric cooker and steam for the same 10 minutes.

This Rava idli recipe is really simple that even beginners can make at home. It can be perfect light yet filling breakfast or dinner for any busy days, parties, or even for a lunch box. I believe you will try and enjoy this recipe with your family and loved ones.

Rava idli is one of the easiest and the tastiest quick meals that of course has a lot of variations. Usually, the traditional Rava idli recipe uses Eno or baking soda that helps in the fermentation process. And it helps the Idlis to turn moist, soft, and fluffy. But to make it healthy you can skip those sodas, and allow the Rava to soak in yogurt for extra 15 minutes from the regular resting time

You could add more veggies like peas, beans, corn, beetroots to make the dish healthier and extra flavorful. And you could also replace Rava with oats, quinoa, and finger millet flour, to enjoy the other variations of this Rava idli recipe. To relish a Vegan-friendly version, replace yogurt with any plant-based yogurt.

This Rava Idli tastes great on its own but to make it more delicious pair it with coconut, coriander, tomato, or peanut chutneys. It also tastes divine with mixed vegetables, tiffin sambar, Tomato Chutney along with Medu Vada.

You could also find similar recipes below and more at Breakfast Recipes.

Looking for quick and easy breakfast recipes to kick start your busy mornings? Then you could also check this collection of Indian Vegetarian Breakfast Recipes to enjoy with your family and loved ones.

Check out more recipes with Rava below:

I have shared the video instructions for Rava Idli below and I believe this will help you to make the dish quick and easy at home. You could also find this recipe in story format for quick reference. 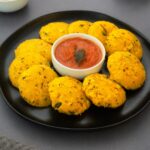 Rava Idli or Suji Ki Idli is a traditional South Indian savory dish. It is prepared with seasoned Rava mixed with Yogurt and a leavening agent which is then steamed into a cake. It is usually served for breakfast and dinner with coconut, tomato, and coriander chutney or just as it is.
5 from 4 votes
Author: Sangeetha Vel
Subscribe print email pin review
Course: Breakfast, Dinner
Cuisine: South Indian
Diet: Vegetarian
Prep: 5 mins
Cook: 25 mins
Adjust 10 Idli

What is Rava idli?

Rava idli is a soft, fluffy, and moist South Indian savory dish made with Semolina/sooji, Indian spices, yogurt, and leavening agents like soda or Eno salt. It is usually served for breakfast and dinner with coconut, coriander, or tomato chutneys.

Yes, it is. The Rava idli recipe uses fresh ingredients like semolina, curd/yogurt, spices, and herbs that are easy to digest and it is also gluten-free.

Can I make Rava idli without curd/Yogurt?

Yes, you can replace yogurt/curd with an equal amount of water. And add 3 tbsp of lemon juice along with baking soda which gives similar soft and fluffy idlis.

Can I make Rava idli without Eno or Baking soda?

Eno or baking soda is the main ingredient that helps in the instant fermentation process for soft and fluffy Idli. But you could skip them and allow the Rava to soak in yogurt for extra 15 minutes. This would also produce similar output.

How to make Rava Idli without roasting Rava?

Roasting Rava helps the idli to avoid turning mushy or sticky, so I recommend you to roast Rava, or to speed up the process try using the roasted Rava that is available in Indian grocery stores. 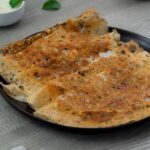 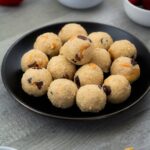 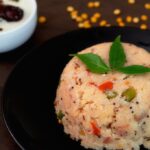 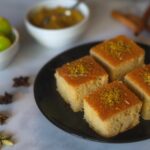