Appam is a traditional South Indian-style dish breakfast from the state of Kerala. It is also called Vellayappam or palappam in the same region. This appam is prepared with fresh rice flour and coconut batter along with instant yeast as a leavening agent. And it does not require soaking and fermentation processes like traditional appam dish and it takes only under 30 minutes to make this tasty meal. Appam is a perfect vegan-friendly and gluten-free dish that can be enjoyed for breakfast and dinner. It tastes great with Tomato Chutney, Veg Kurma, Egg Curry, Chicken or Kadala Curry, and similar other side dishes.

Appam or pal appam is soft and lacy South Indian style pancake that is popular in Kerala, Tamil Nadu, and also in the Island country of Sri Lanka. The traditional appam recipe requires the soaking of rice, urad dal, fenugreek seeds, coconuts for long hours to grind it into a batter. Then the batter is rest for fermenting overnight to make delicious appams. And this appam is usually made in aapachatti or appam pan to get a perfect shape.

An interesting fact is that traditional appam/pal appam batter was fermented using toddy(palm wine) in the olden days in Kerala. Particularly, it helps in achieving soft and spongy appam. Since toddy is not available everywhere, it is nowadays replaced by yeast and baking soda which gives a similar taste and flavor to the dish.

This appam is one of the common breakfast or dinner meals served in most South Indian restaurants and households. And they typically serve this appam with side dishes like egg curry, veg kurma, sweet coconut milk, Tomato Chutney, and similar veg and non-veg curries.

Overall, this appam is light, soft, and of course, a healthy comforting dish to start the day with. They are not only healthy but also a perfect vegan-friendly and gluten-free dish.

About Instant Appam or Vellayappam

Instant appam/vellayappam is an easy and quickest version of traditional ones which does not require the day-long fermentation process. Yes, it takes only 30 minutes to prepare and enjoy these delicious rice flour crepes. And all you need for this appam recipe is rice flour, rapid rise instant yeast(not the regular yeast), poha or cooked rice, sugar, warm water, and coconut. The rapid rise of instant yeast helps to achieve perfectly porous and soft appam without waiting for hours for fermentation.

This instant Kerala style vellayappam/appam recipe will definitely help us to save a lot of time on busy days. In short, this instant appam recipe is a keeper dish to relish without compromising an authentic flavor and taste.

I have used both the appam pan and regular pan to make this appam, to show how simple the dish is.

How to make Appam?

The recipe I have shared here is an instant Kerala-style appam recipe that requires rapid-rise instant yeast for fermentation. And the quantity serves to 4 people. In this section, let us learn how to make/prepare this beginner-friendly instant Kerala-style appam recipe easily at home. The process is super simple and I hope it will make your breakfast or dinner preparation easier.

To give a clear idea, the following are the steps involved in making this instant Kerala style appam/vellayappam.

To make the appam batter, I have added rice flour, cooked rice, coconut, rapid rise instant yeast, salt, sugar, and warm water in a blender. The warm water, sugar, used here reacts with the yeast which helps in the rapid fermentation process.

After adding all the ingredients, I have ground them into a fine smooth paste. Then I transferred the batter to a glass bowl. The batter should be in a free-flowing consistency to achieve the crispy out and spongy in the appam. Then I closed the bowl with the lid and allowed the batter to rest for 15 minutes. Resting the batter for the suggested time will help it to ferment and double in its size. Now the appam batter is ready for us to prepare the appam/vellayappam.

To make appams, in an appam pan with medium heat, I poured two ladles full of batter, and then I turned and tilted it to spread the batter to adapt the shape of the pan(Suggest you watch the video below for more clarity). This gives the crispy out and spongy in appams. Then I closed the pan with the lid and allowed it to cook for 2 to 3 minutes.

After 3 minutes, I opened the lid and waited for the outer layer to turn crisp. Then I gently removed the appam from the pan. I also prepared it in a normal pan following the same process. You could try if you want to prepare it in a pan or if the appam pans are not handy. Finally, I served this instant Kerala-style appam with egg curry and chicken Manchurian.

This South Indian/Kerala-style instant appam can be a perfect breakfast or dinner meal for any busy day. And I hope you will try and enjoy this dish with your family and loved ones.

The appam from South India is an appetizing soft dish that has a lot of variations. And the style of making the dish varies from place to place whether it's Kerala, Tamil Nadu, or Sri Lanka.

For example, people from Kerala use toddy or yeast in their recipe to ferment the appam batter. While in Tamil Nadu and Sri Lanka it is mostly baking soda instead of yeast. Even though the process for making the traditional appam batter is similar, they slightly vary from ingredients like yeast and soda.

You could also make the appam recipe instantly without spending the whole day to soak, grind, and ferment. Yeah, this post is all about Kerala style instant appam/vellayappam and I will discuss it in detail later in the following sections.

Apart from the plain appams, you could also make egg appam, chicken minced appam, mutton keema appam, and podi appam, etc. These variations not only sound delicious but it is also definitely worth trying if you really want to explore different flavors of appams.

You could also find similar recipes below and more at Breakfast Recipes.

Looking for easy breakfast recipes to kick start your busy mornings? Then you could also check this collection of Indian Vegetarian Breakfast Recipes to enjoy with your family and loved ones.

This instant appam batter stays good in the refrigerator for a day. Since the recipe has coconut it is best to use it within a day to enjoy the fresh appam.

I have shared a detailed video of the instant Kerala-style appam recipe below that I believe will help you to prepare this dish easily at home. You could also find this recipe in story format for a quick reference. 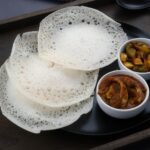 Appam is a traditional South Indian dish made with fermented rice batter and coconut milk. It is a popular dish in the states of Tamil Nadu, Kerala, and also in the country of Sri Lanka. It is also called Vellayapam or palappam in the same region. The appam recipe shared here is an instant, vegan-friendly, and gluten-free dish and it is usually served for breakfast and dinner. It tastes great with tomato chutney, veg kurma, egg curry, chicken curry, and similar other side dishes.
4.72 from 14 votes
Author: Sangeetha Vel
Subscribe Review
Course: Breakfast, Dinner
Cuisine: South Indian
Diet: Vegetarian
Prep: 10 mins
Cook: 5 mins
Adjust 10 appams

To make Appam in Tawa

Appam/paal appam or vellayappam is an authentic South Indian Dish. It is typically made with fermented rice flour and coconut batter. This appam is popular and one of the common breakfast and dinner meals in Tamil Nadu, Kerala, and in Island country Sri Lanka.

What is the difference between dosa and appam?

The main difference between these two is the ingredients being used. Dosa usually requires rice, urad dal, and fenugreek seeds for making its batter, while the appam requires ingredients like rice, coconut, sugar, and yeast.

How to make instant appam?

How long I can store the leftover instant appam batter?

The leftover appam batter stays good in the refrigerator for a day. Since coconut is one of the main ingredients for appam, it is best to use it immediately to enjoy fresh and tasty appam.

What can be served with appam? 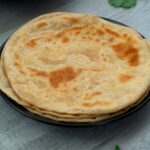 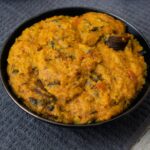 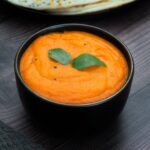 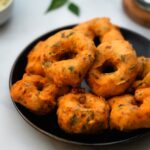 Are you looking for various soft drinks recipes? Check out our website Tea, Coffee & Drinks exclusively for those recipes from around the world.